In February, we wrote an article explaining exactly what MIMO is. Now, we will be looking at the difference between MIMO and Massive MIMO.

Multiple-input-multiple-output (MIMO) is used in many wireless technologies to achieve more capacity without using more spectrum.

In a wireless network, two wireless nodes communicate by transmitting and receiving data on a radio channel. This channel uses a certain amount of wireless spectrum but in a high number of developed areas, spectrum that is suitable for this type of communication is scarce, making using more of it impractical.

That’s where MIMO comes in.

In order for a wireless network to multiply its capacity without multiplying the use of the spectrum, MIMO technology is used.

The fundamental technique used in MIMO technology transmits and receives data on two polarities of the radio wave at once. This dual-polarized system means that the network capacity is doubled compared to a singly-polarized system. This is known as 2X2 MIMO (referring to two antennas and radios).

More advanced MIMO techniques build on this, by using multiple antennas to transmit and receive the data. 4X4 and 8X8 MIMO increases the processing capabilities in the wireless nodes, but this does introduce a number of technical challenges. For example, each node must be able to determine the data transmitted from one antenna to that transmitted from another. This requires sophisticated channel estimation and sounding techniques, or else the performance of the network will become severely limited.

There isn’t currently a definitive number of antennas that define the difference between MIMO and Massive MIMO but it is widely accepted that at 8X8 antennas, the technology becomes known as Massive MIMO.

Although very difficult to practically implement, Massive MIMO systems offer huge advantages over non-Massive MIMO systems. They will allow significant multiplications in network capacity without requiring use of more wireless spectrum; something that has been troubling operators for years.

Next article: « What are the biggest challenges for 5G radio access networks? 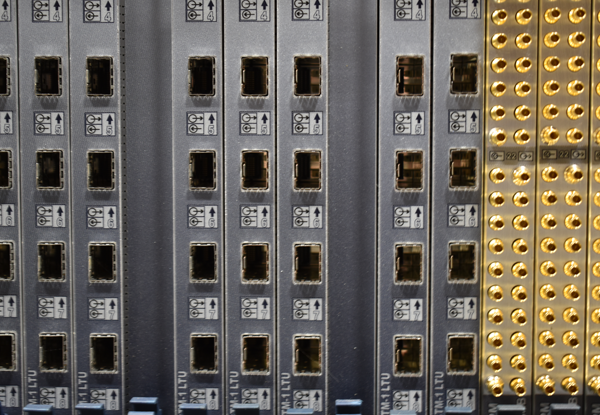