Fiber optics have now begun to totally dominate the telecommunications industry and are steadily becoming the favourable choice of data transmission, with commercial technologies like DWDM (Dense Wavelength Division Multiplexing) that are capable of carrying over 1Tbps.

This article looks at the evolution of fiber optics, from their initial conception to today’s uses.

A brief history of fiber optics

The very first “optical telegraph” was invented back in the 1790’s, when the Chappe brothers from France designed a primitive system which was made of towers that were fitted with a series of lights and used to relay messages back and forth.

Although this may seem barely comparable to today’s sophisticated level of fiber optic communications, this was one of the very earliest developments for utilising light as a carrier of a simple yet effective form of ‘data’.

In the 1840’s, physicist Daniel Collodon and Jacques Babinet proved that it was possible to direct light along jets of water for fountain displays at night. This was followed in 1854 by another physicist from Britain, John Tyndall, who demonstrated the same transmission of light was possible but through a curved stream of water. This began to challenge people’s preconceptions of the medium of light and its capabilities.

In 1880 Alexander Graham Bell, who was famous for inventing the telephone, patented a “photophone” but this never came to realisation. In the same year, a series of ‘light pipes’ had been created by William Walter, who used reflective coatings to direct light shone within pipes around a home.

Although these efforts may not have been directly intended to carry data or transmit any sort of message, they were proving the scientific properties and capabilities of light as an effective channel of transmission.

As with most developing technologies, there were several industries that these new capabilities where effecting and being established for. One of which was the area of medicine and specifically surgery. In 1888 physicians Roth and Reuss from Vienna used bent glass rods to illuminate body cavities.

Ten years on, and again it was used by American David Smith who patented a dental illuminator which also relied on bent glass rods.

In the 1920’s John Logie Baird obtained a patent for using arrays of transparent rods to transmit images for television and Clarence W. Hansell used the same configuration to create facsimiles.

During 1930 Henrich Lamm transmitted an image through a bundle of fibers. Initially, he intended to use the technology to look inside the human body but his work was abandoned when he was forced to seek asylum in America during World War II. He tried to patent his ideas for further development but his attempts were denied because of an earlier similar patent by Hansell.

This race to develop similar technologies resulted in numerous patents being created and others being denied as a result. For example, again in 1951 a Danish physicist named Holger Moeller tried to patent an idea for his proposed fibers that were coated in plastic or a similar low index material, however this was denied because of Baird and Hansel’s patents.

In 1954 Abraham Van Heel produced a cladded fiber system which greatly reduced signal interference between fibers. This was a significant step in the development of what we know as modern fiber cabling.

After the use of standard light, the laser was developed and introduced as a more efficient and precise way of transmitting light. It was at this point, in 1961 that Elias Snitzer of American Optical published a theory to describe single mode fibers. These are fibers that are so small that they are capable of carrying light with a single waveguide mode. He went on to demonstrate this use of laser through glass fiber which helped in medical applications. It wasn’t suitable for telecommunications however, as it suffered from significant light loss meaning long distance transmission wouldn’t have been possible.

This issue was resolved in 1964 by Charles Kao and George Hockham who published a paper demonstrated, albeit only theoretically, how the removals of impurities within glass fibers could improve light loss. It wasn’t until 1970 that a version of this idea was created and proven to function successfully. This was when scientists at Corning Glass Works created the first real functioning single mode fiber which had less than 20dB/km attenuation and the telecommunications industry really began to take fiber optics seriously.

Before this point of course, within the telecommunications industry, digital communications were based entirely on electronics and transmission was carried over electrical coaxial cable, capable of just 565Mbps over a 1km distance between generators. However once LED’s were introduced, along with MMF (Multi-mode Fiber) capacities of 45-90Mbps on a 10km radius were possible.

In the late 1980’s SMF (Single-Mode Fiber) and injection lasers had been designed to make it possible to transmit 565Mbps to 2.5 Gbps over a 100km distance and this is when adoption began to take off.

In the early 90’s practical optical amplifiers (EDFA – Erbium-Doped Fiber Amplifiers) were introduced. These EDFA devices were optical amplifiers devices that amplify an optical signal directly, without the need to first convert it to an electrical signal. With their help, distances of nearly 1000km could be reached at 2.5 and 10Gbps.

By the mid-90’s DWDM was introduced.

DWDM combines multiple optical signals so that they can transported as a group rather than individually, over a single fiber and separates the wavelength in to channels at the receiving end. This resulted in drastic improvements in the capability of fiber and revolutionised digital communications.

DWDM systems from 1995 onwards were capable of transmitting 2-16 wavelength channels at the same time. With further advances this soon increased to 40-120 wavelengths and extended transmission distances to 1000km.

Nowadays, most long-distance networks utilise fiber optic cables in some way and with commercial systems capable of carrying more than 1Tbps (128 channels) over distances of thousands of kilometres, it’s understandable why that is.

At Carritech, we provide support for a number of telecommunications products which utilise fiber optic transmission. To view our range our products, or read more about their technical capabilities click here.

Next article: « 5G Use Cases: Healthcare 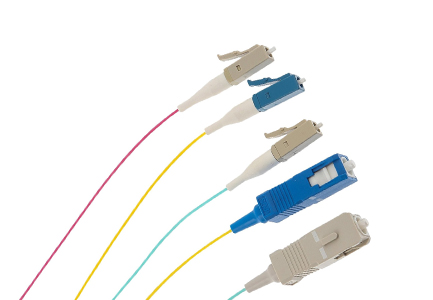 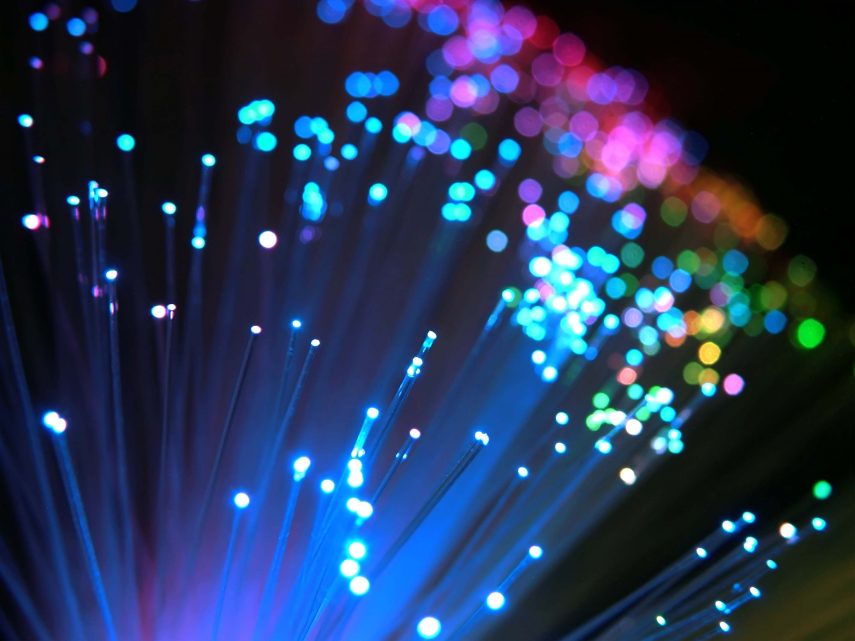